Dylan’s List Of The Best MTB Movies Of All Time

We don’t always get to travel or play outside as much as we’d like. So when you find yourself staying at home, you can still keep those MTB wheels turning in your head. Dylan has dusted off and pulled out some of his favorite best MTB movies of all time that he’s watched over the years. Sit back, relax, pop some popcorn, and enjoy the ride!

Back when mountain biking was all about the nitty gritty and less about what you’re rocking, there was New World Disorder. What started in 2000 began a decade plus long series produced by Freeride Entertainment. The largest, loudest and wildest of all the freeride films to this day, it still gets you amped to hop into the saddle.

For those of you who are old school and have a DVD subscription with Netflix, you can check out the 1st one there or watch a few of the series on YouTube.

Like a strong shot of Jameson after a long hard week of working. This mountain bike video series Earthed will make you realize why you got onto that bike in the first place. Filmed all over the world, these award-winning films capture the planet’s fastest riders ripping up the best riding spots available. Featuring footage from Europe, the USA and Canada riding backyard trails, gnarly singletrack, North Shore facilities and mountainous downhill tracks. Blowing out berms, launching huge transfers, and hitting fast sections, this is bicycles and dirt at its finest.

Earthed 5 – The Laws Of Five

Since 1997, Bjørn Enga producer/director for Radical Films has been the benchmark in extreme mountain bike cinematography. From the 1st film to later exploits, the renegades in these videos revolutionized the way a bike could be ridden or rather WHERE they could be taken. If you haven’t watched any of these, do yourself a favor and do!

Kranked 2 – Trails From The Crypt

8 months. 8 countries. 8 world cups. The Super8 gives viewers a close look of the World Cup Downhill and what it was like back in 2005. Get a glimpse of life on the tour, with riders insights into all the highs, lows, and in-betweens. Away from the racetrack, the top racers also exhibit some awesome free riding including the Lisbon Downtown and the Honda team at La Bresse.

Klunkerz: A Film About Mountain Bikes

You think had it rough? Learn about the early days of mountain biking during the 1970s. A group of kids just across Golden Gate Bridge outside of SF scavenged bikes from junkyards and adapted motorcycle parts to help spark a billion dollar industry: mountain bikes, also known as klunkerz.
Watch it FREE on Amazon Prime

And for those that want to learn about how a small movement of renegade mountain bikers from British Columbia rose up, challenged the status quo, and changed cycling in ways that no one could have ever imagined, check out the film the “Moment.” Available for purchase on iTunes & Apple TV.

We hope this list of the best MTB movies gives you a bit of inspiration when you don’t make it outside. Until then, keep the rubber side down… mentally. 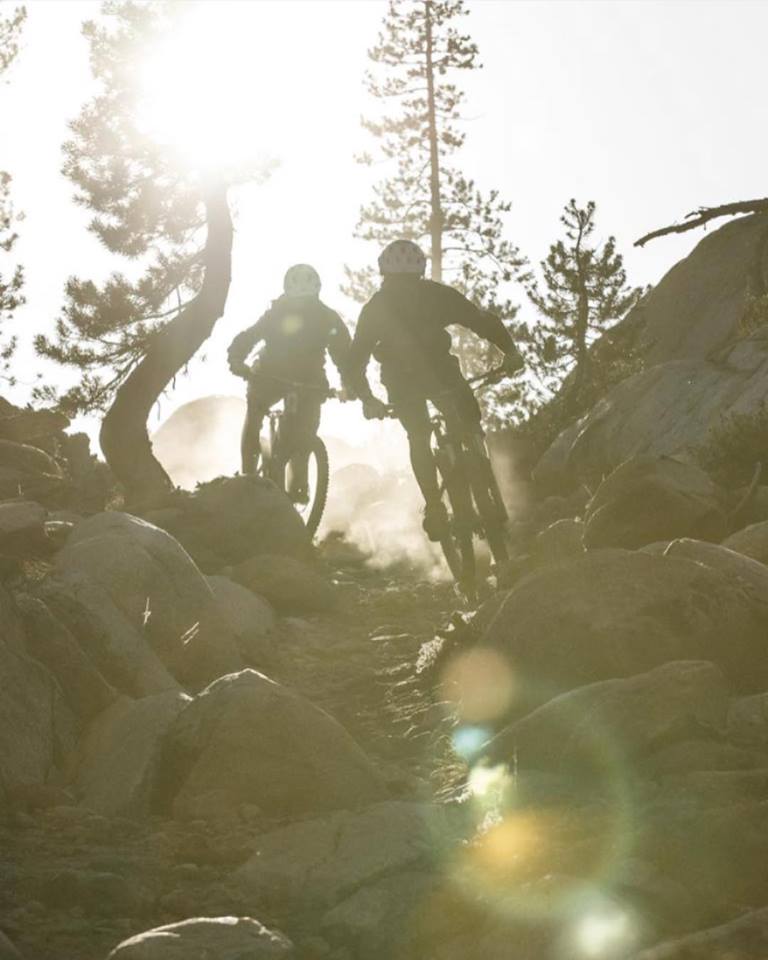